News & Reviews - A Christmas Carol at the Merchant's House

"No matter how well you know A Christmas Carol, it will almost certainly seem different at the Merchant's House. (It's playing there for the seventh consecutive year, from November 29 to January 5.) When John Kevin Jones, dressed in a frock coat and jaunty cravat, steps into the parlor, he seems to emerge from the house's own history. And when he begins his one-man version of A Christmas Carol, his story crackles with unfamiliar energy. Even though we know what's going to happen to Scrooge and Cratchit and Tiny Tim, there's something fresh, something vivid about hearing their tale in a room that Charles Dickens might have visited." - Mark Blankenship, TDF

"This is masterful storytelling - It's much more theatrical than a simple reading, but it still stays true to Dickens' voice. Considering the intimacy of this production, it is likely that only a few hundred people will get the pleasure of seeing it. Make sure you're one of them." - Zachary Stewart, THEATERMANIA

"Living foul has such impact on a man. And you don't need CGI to get the point across. Just a good storyteller. Jones is very good.
Standing in the parlor of the historic Merchant's House Museum, which is decked for the holidays, Jones summons Charles Dickens' classic characters seamlessly under the direction of co-adapter Rhonda Dodd." - Joe Dziemianowicz, DAILY NEWS

"Jones easily captivates the audience with his brightly hued voice. Portraying Dickens as narrator, his delight for sharing the story is tangible and intoxicating. As he recites the story, entirely from memory, he modulates his vocal pitch and the way he holds his body to breathe life into each character, making them both audibly and visually distinctive. The end result is a truly spellbinding presentation of A Christmas Carol that makes the familiar tale feel fresh and new all over again." - David Clarke, OUT TRAVELER
Full reviews below. 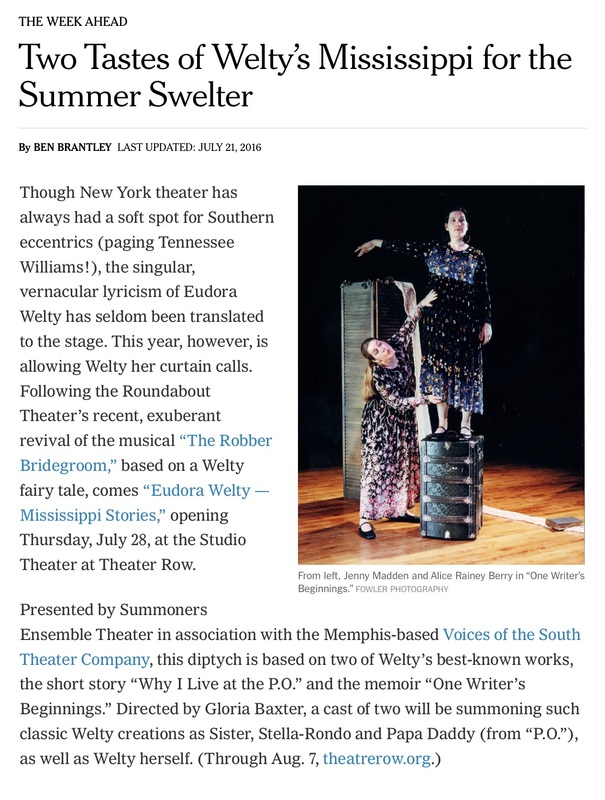 Click the image to be taken to the article.